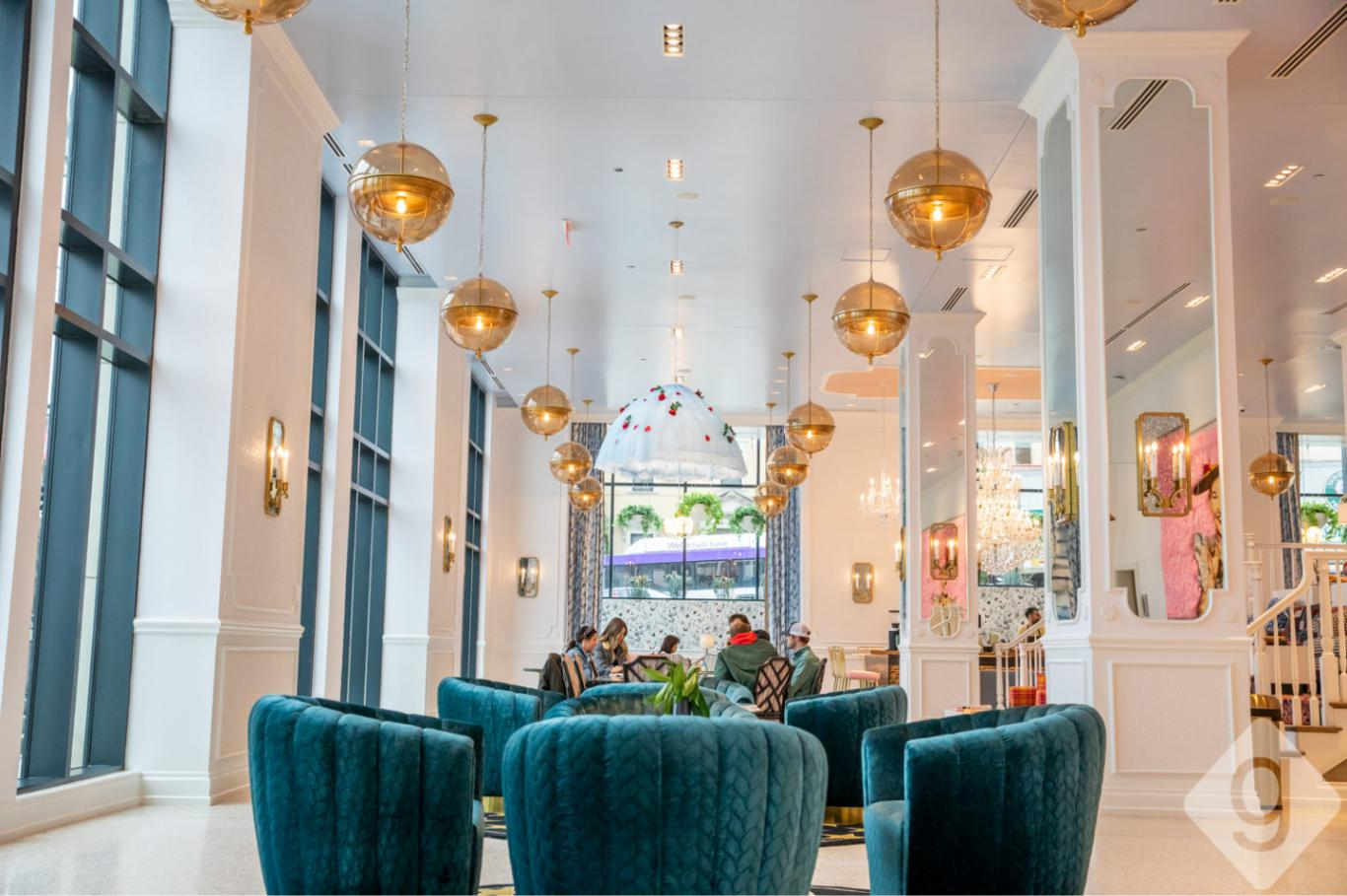 Graduate Nashville has a bright interior with soaring ceilings, colorful décor, and plenty of flare. A Minnie Pearl art piece is the focal point at check-in. Make your way over to the hotel’s caffeine destination, Poindexter, for beverages (including beer, kombucha, and wine), bites, and some incredible photo ops. 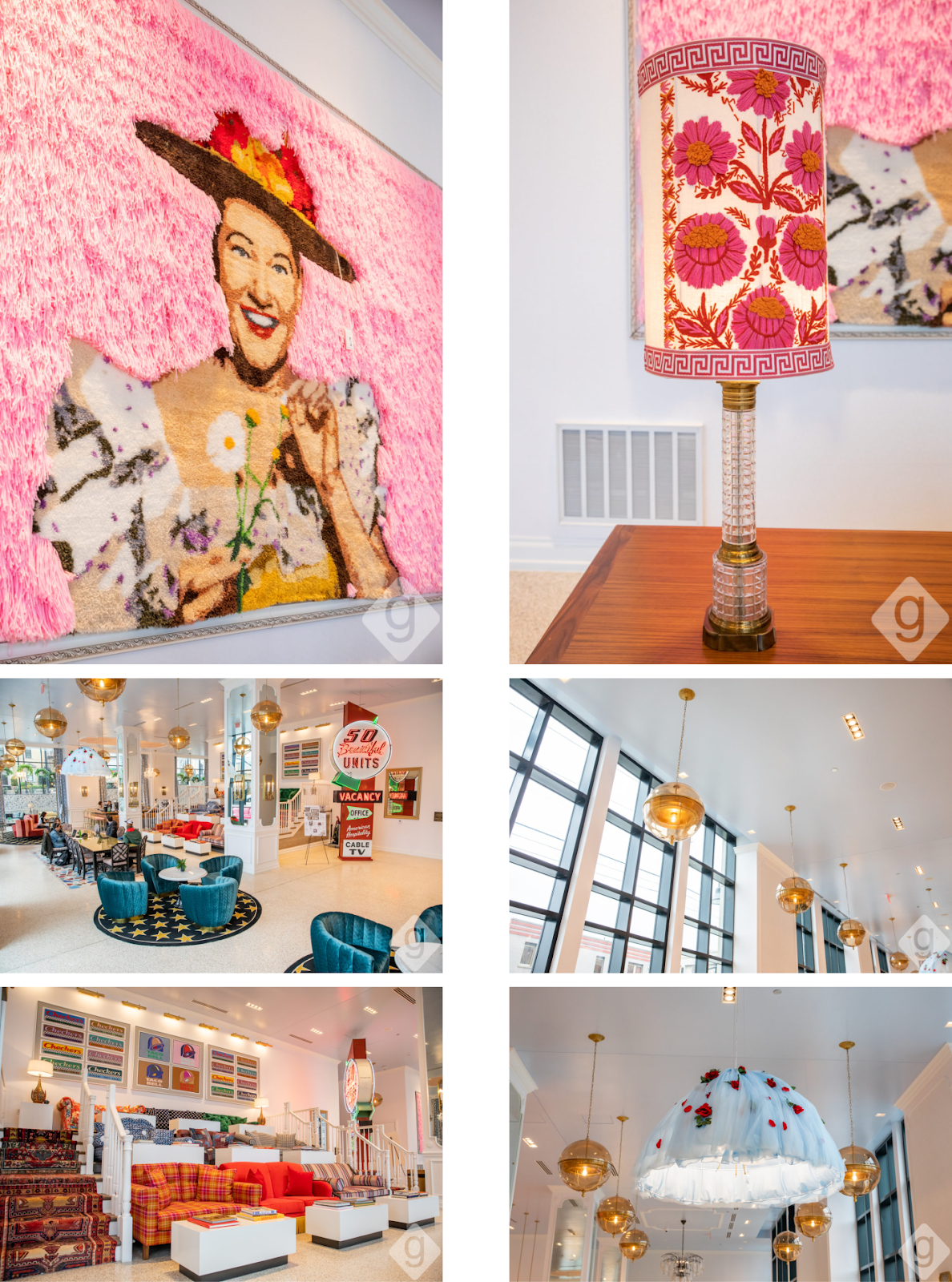 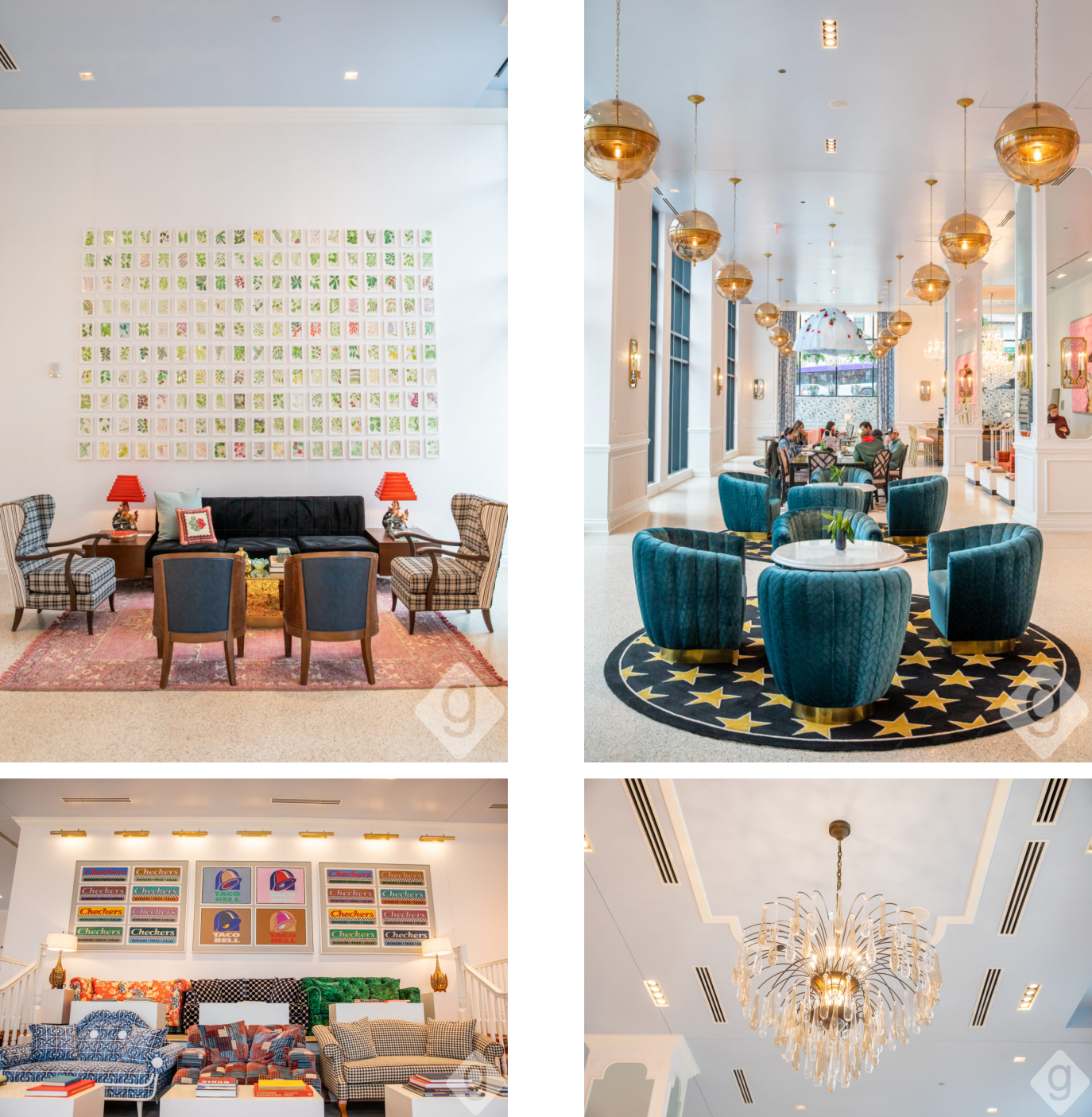 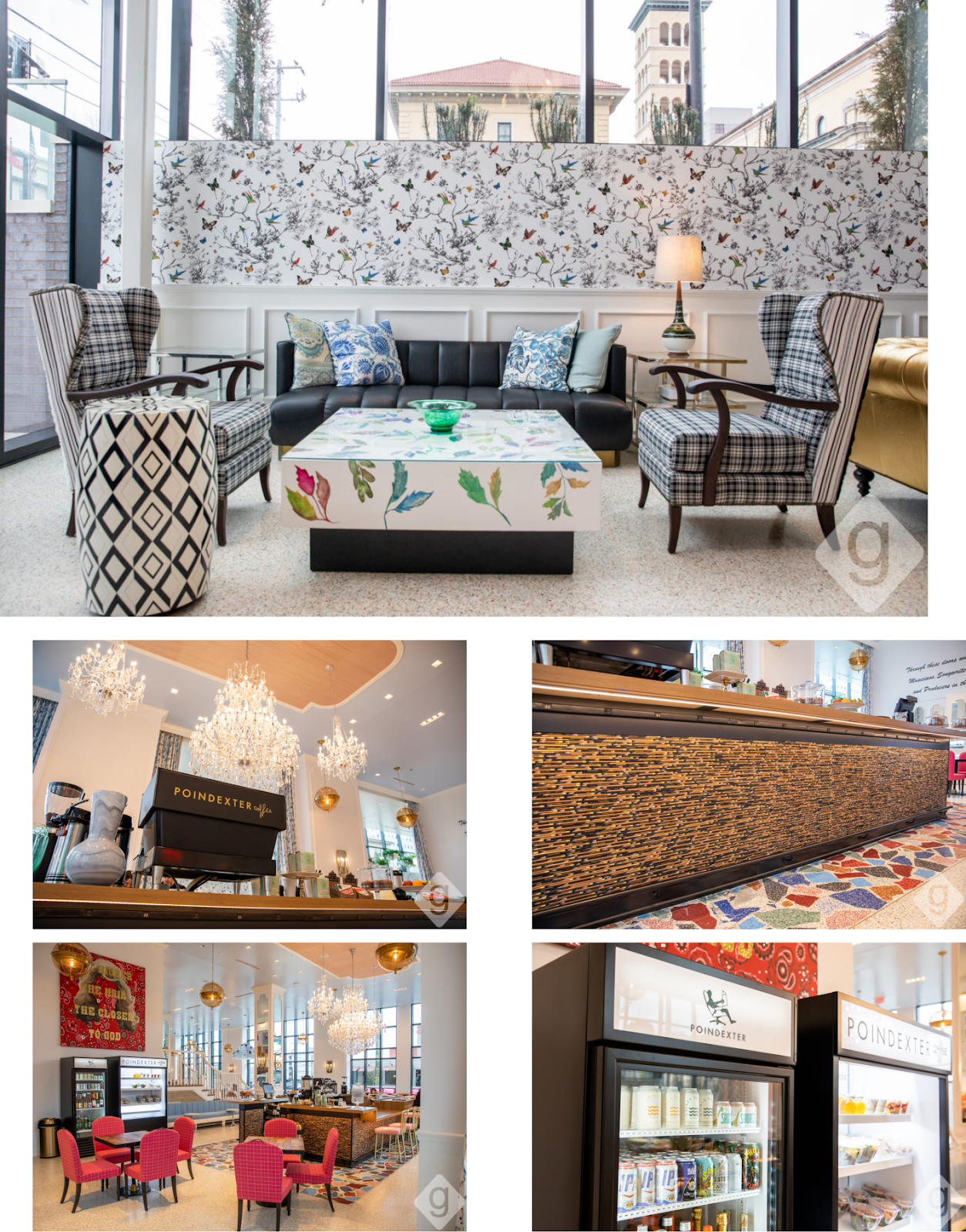 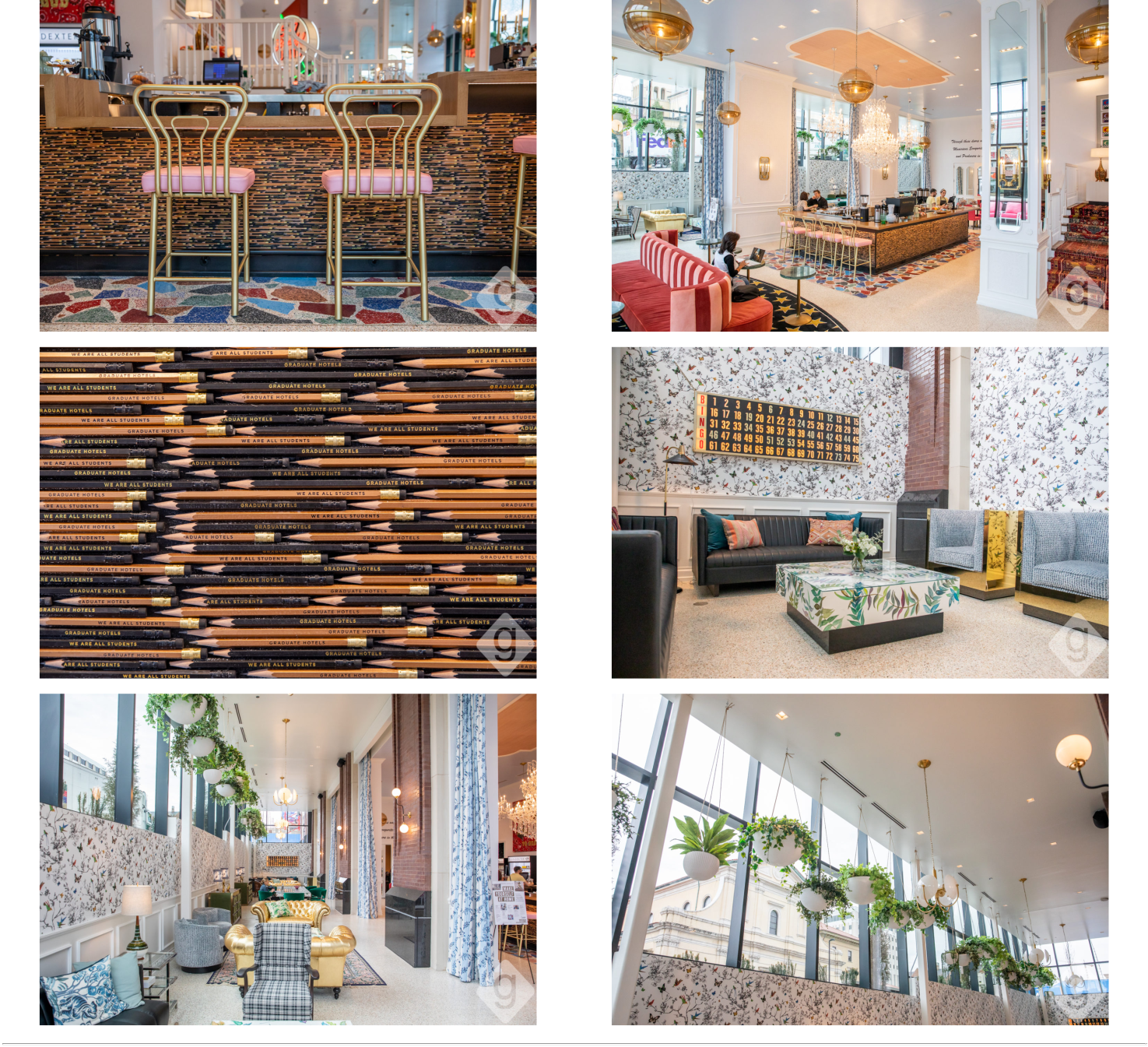 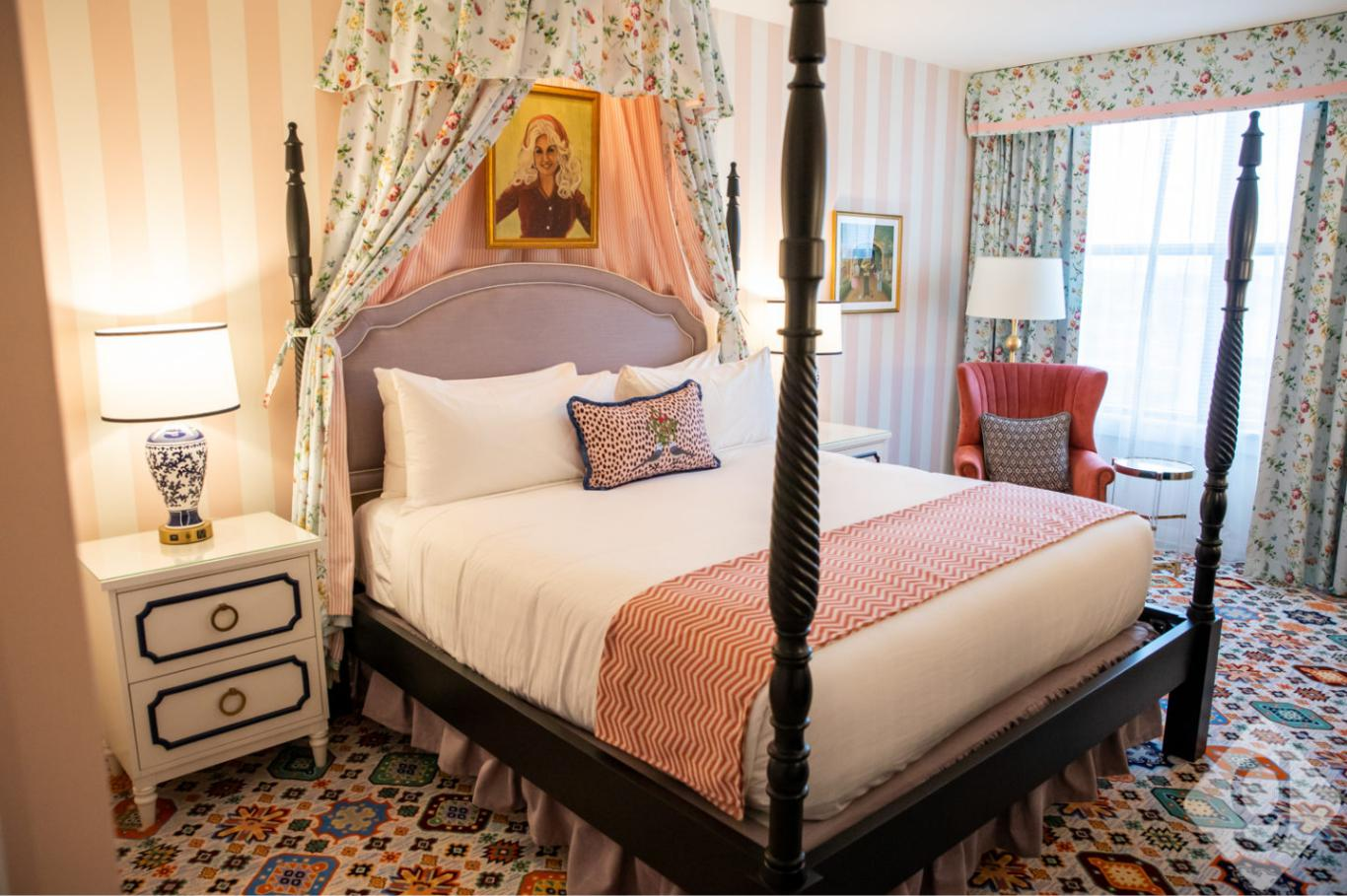 Hello, Dolly! Each room is decorated in similar fashion, including portraits of some of Country music’s most famous female icons, pink and white wallpaper, and vibrant patterns throughout. If you want a Music City vibe, this is it! 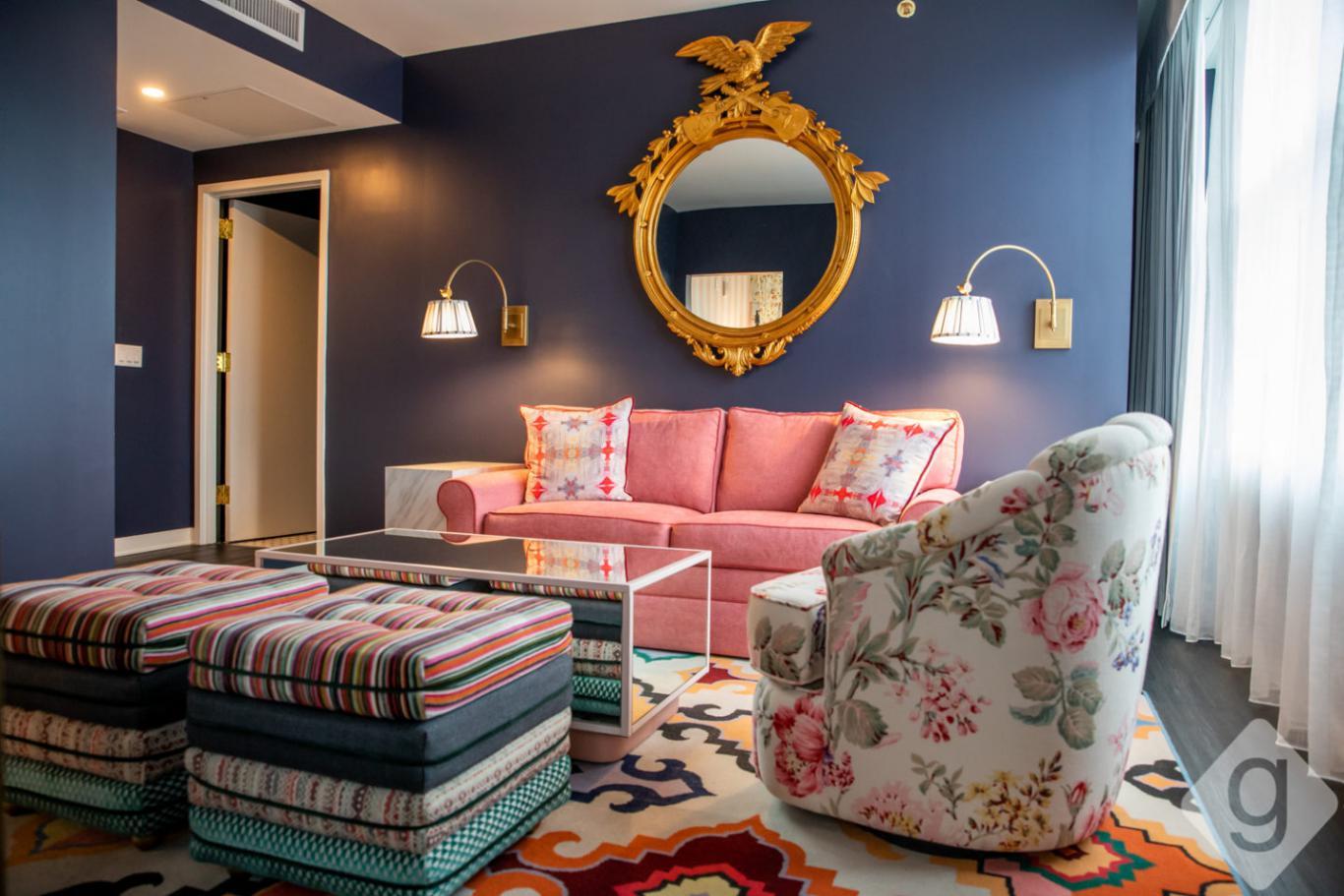 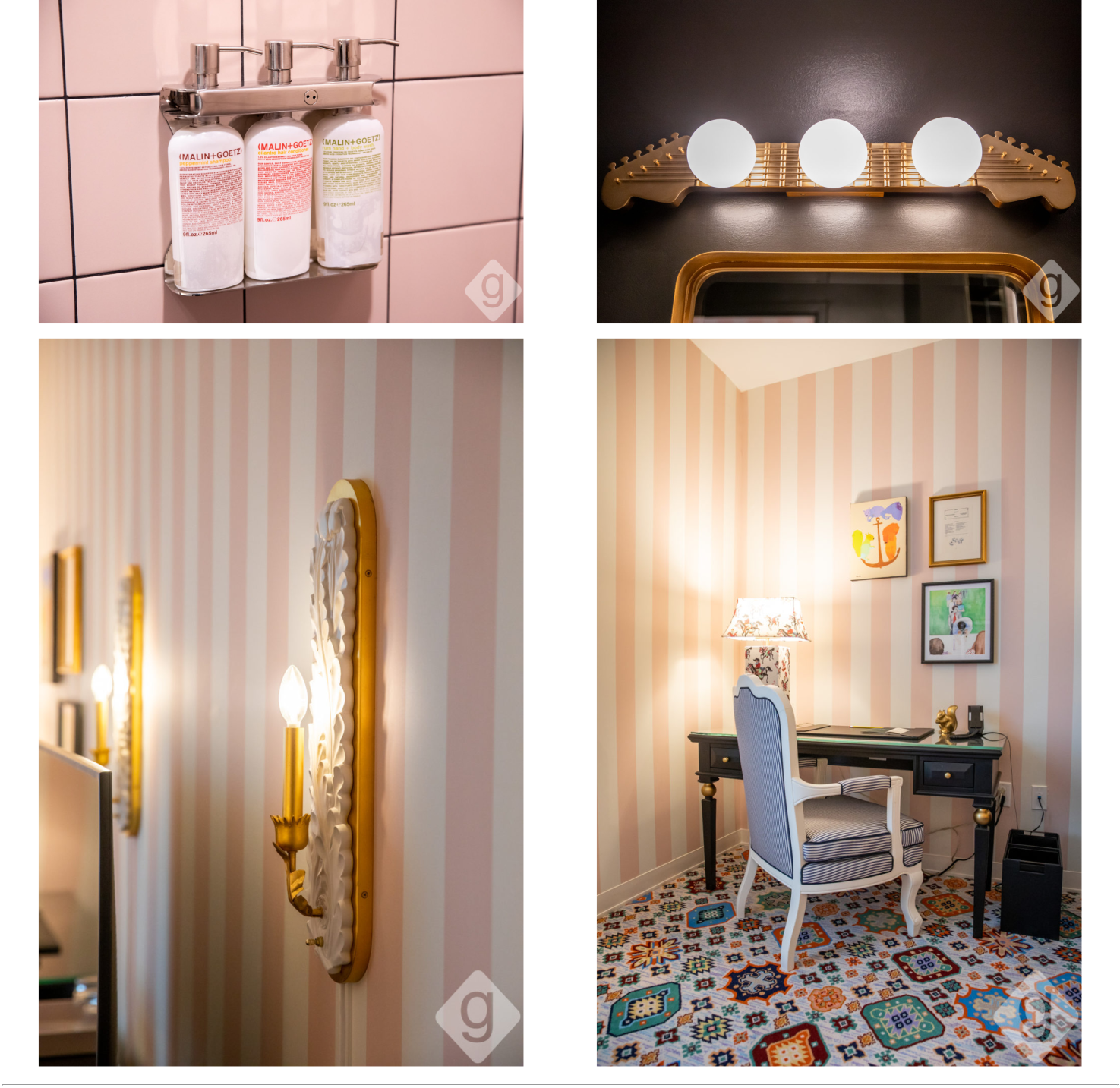 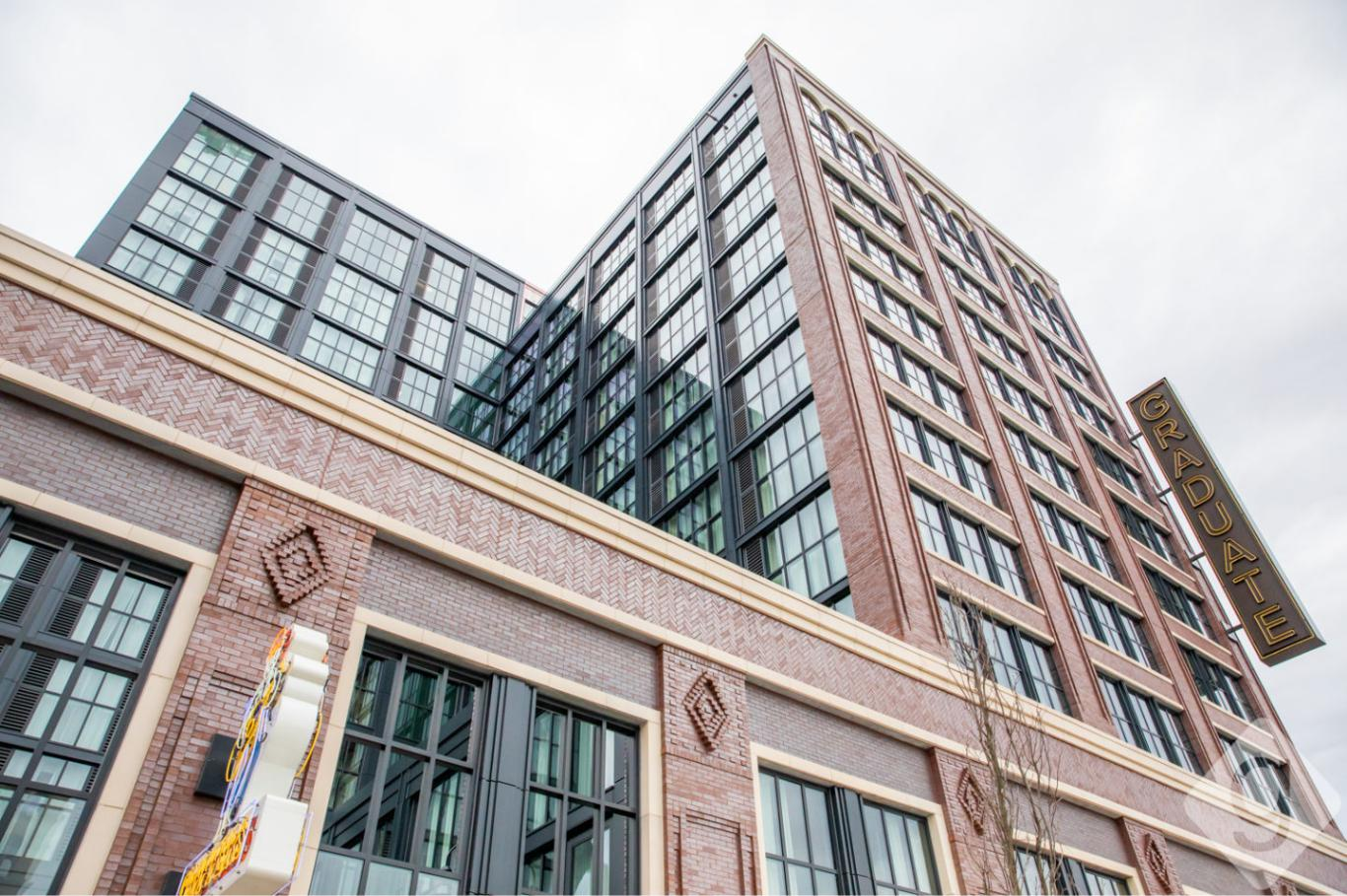 Graduate is situated at the corner of West End and 20th Avenue North. The main entrance is located on 20th Avenue. Valet parking is available, as well as affordable street parking and garage parking. 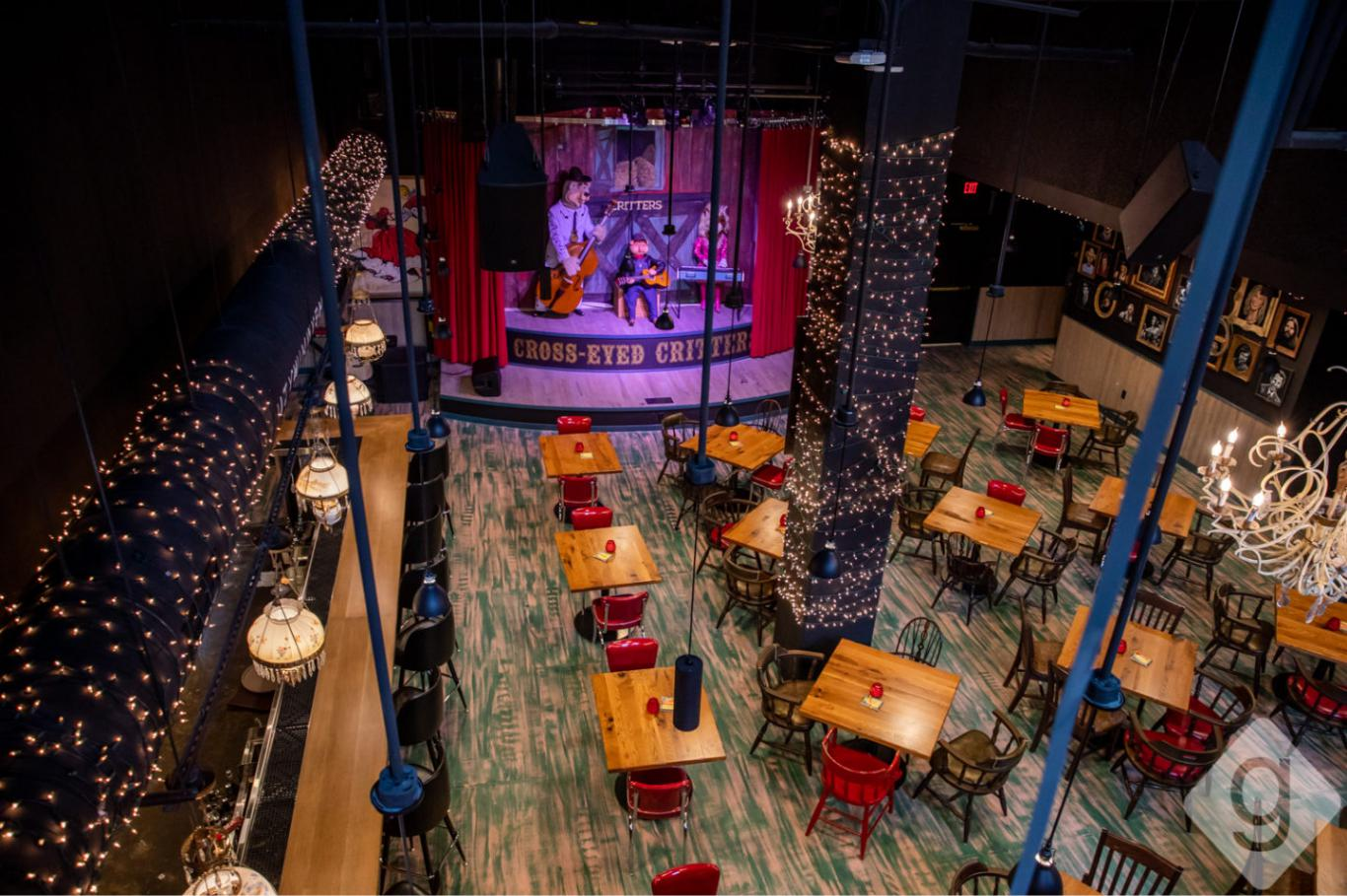 Cross-Eyed Critters Watering Hole, the world’s first animatronic karaoke bar, officially opened on Thursday, January 9, 2020. An animatronic backup band—similar to what you may remember from Chuck E. Cheese as a kid—plays the accompanying music as tourists and locals take the mic. The name “Cross-Eyed Critters Watering Hole” is inspired by lyrics from an Eric Church song.
The cowboy-chic space features a variety of lighting, including antique fixtures and beams wrapped in string lights, a Dolly Parton pinball machine, and a long bar with a dozen seats (including a saddle). And those random letters above the bar have a meaning, but expect to buy the next round for anyone who reveals it.
As for the menu, there’s a full bar including cocktails, beer, draft beer, wine, and shots. Bites include options like churros and double-decker tacos (a nod to the former Taco Bell that once occupied the same locale). 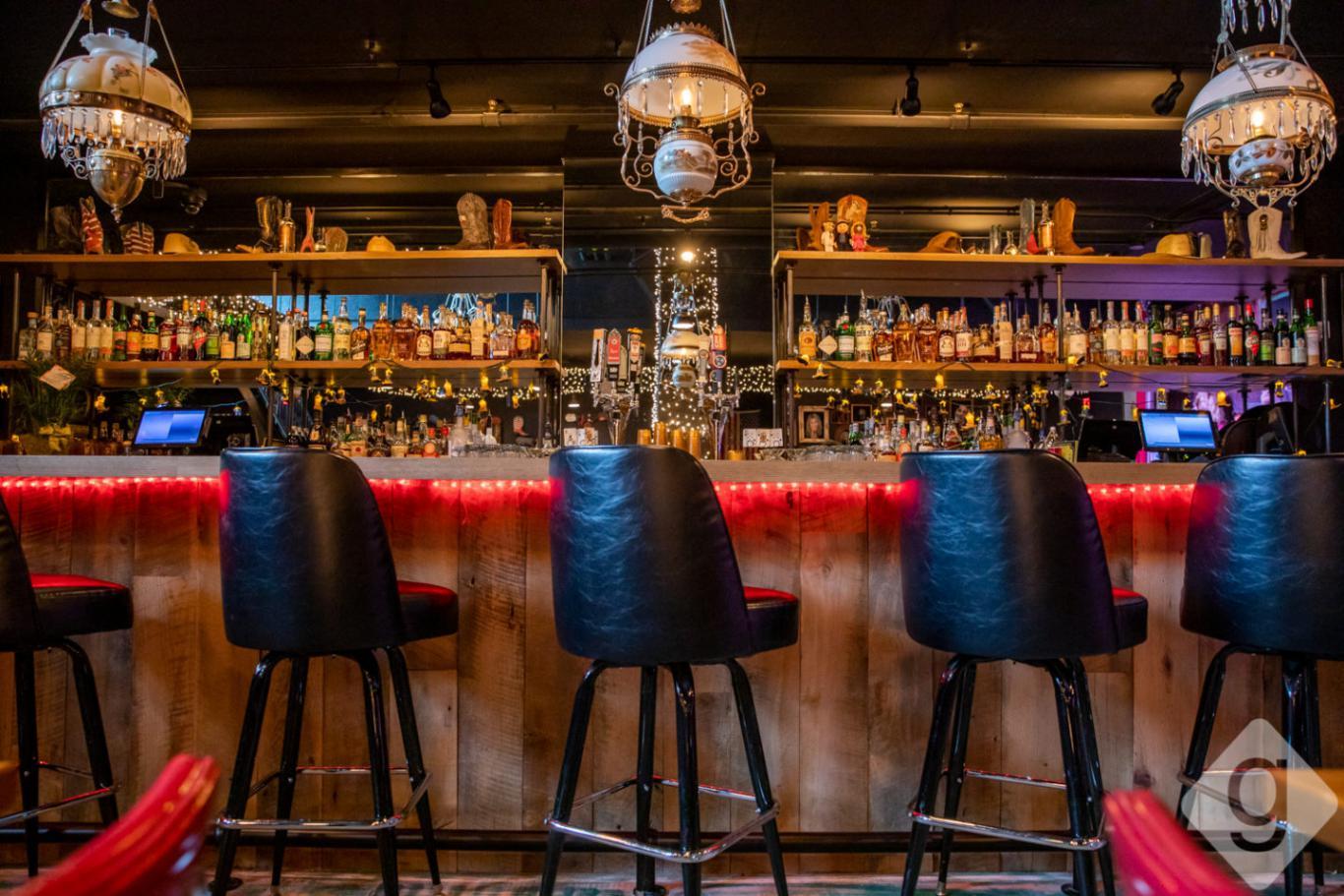 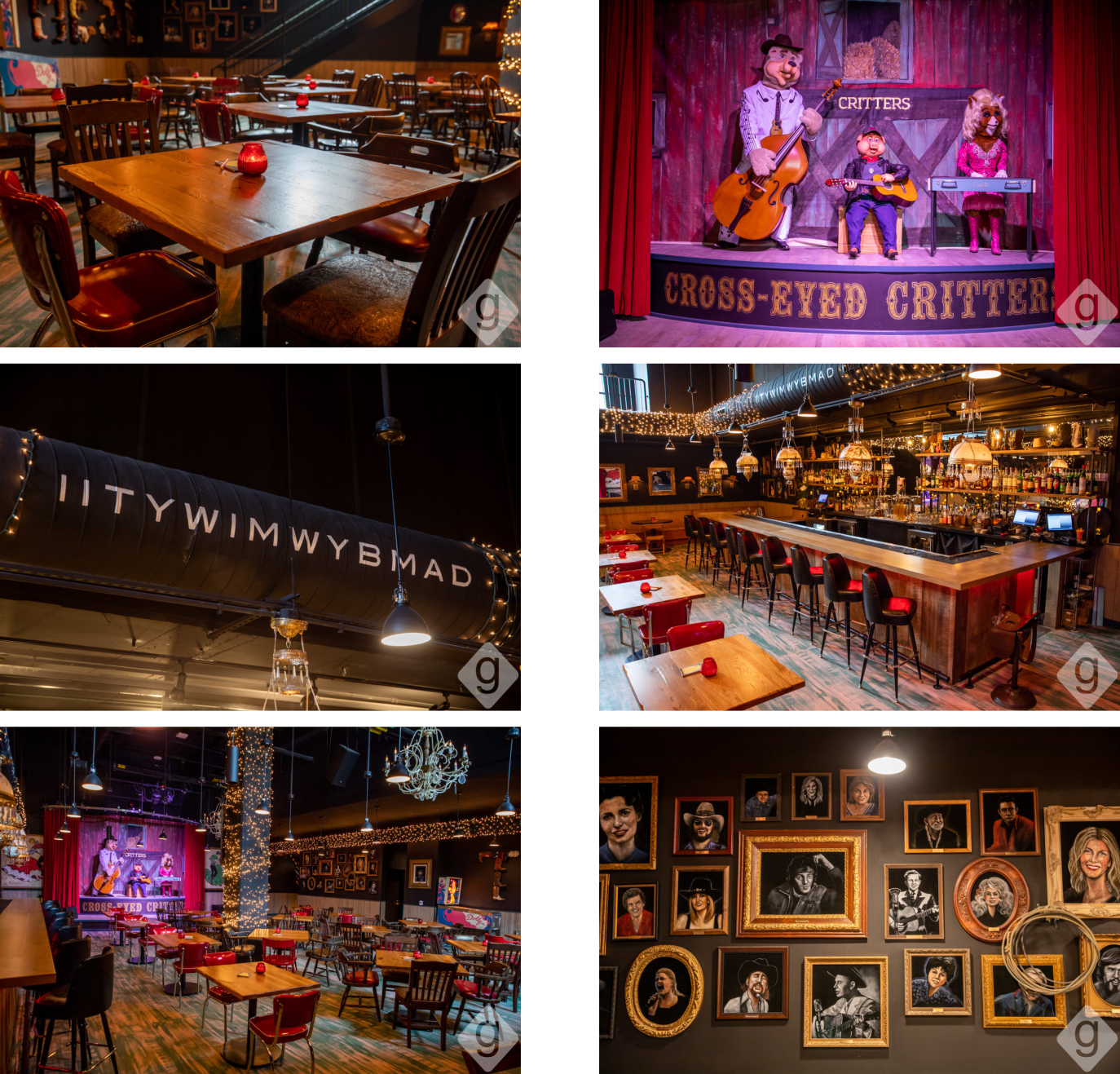 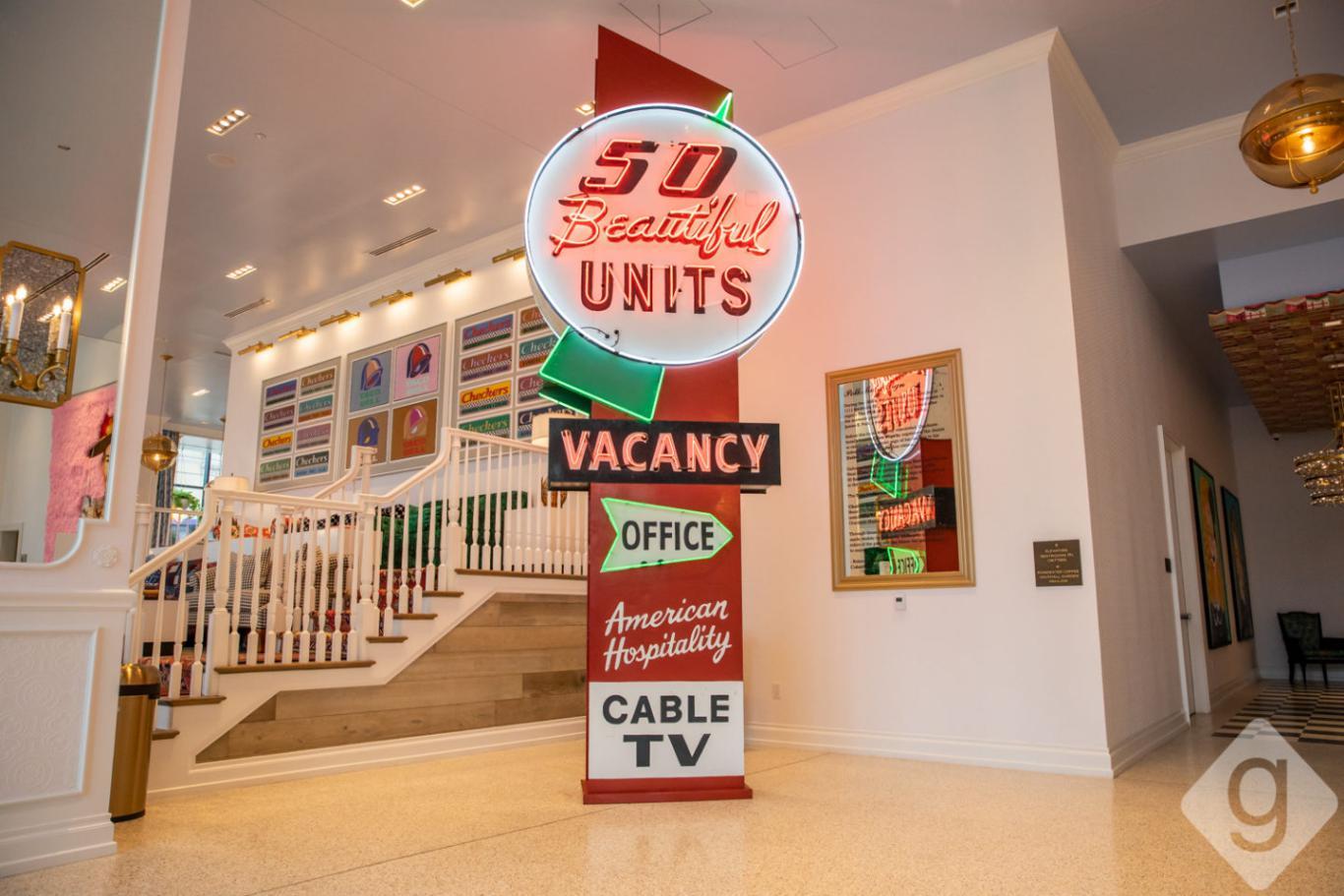 Have a meeting at Poindexter, drink cocktails at Cross-Eyed Critters, or spend the weekend at this standout hotel on West End. Stay tuned for the spring 2020 opening of the rooftop bar and pool, Miss Bessie’s.